A man filled with the gladness of living
Put his keys on the table,
Put flowers in a copper bowl there.
He put his eggs and milk on the table.
He put there the light that came in through the window,
Sounds of a bicycle, sound of a spinning wheel.
The softness of bread and weather he put there.
On the table the man put
Things that happened in his mind.
What he wanted to do in life,
He put that there.
Those he loved, those he didn’t love,
The man put them on the table too.
Three times three make nine:
The man put nine on the table.
He was next to the window next to the sky;
He reached out and placed on the table endlessness.
So many days he had wanted to drink a beer!
He put on the table the pouring of that beer.
He placed there his sleep and his wakefulness;
His hunger and his fullness he placed there.
Now that’s what I call a table!
It didn’t complain at all about the load.
It wobbled once or twice, then stood firm.
The man kept piling things on. 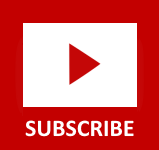